Anchor Go to the content anchor
::: Home
>
Plan your trip
>
Getting Here
Anchor 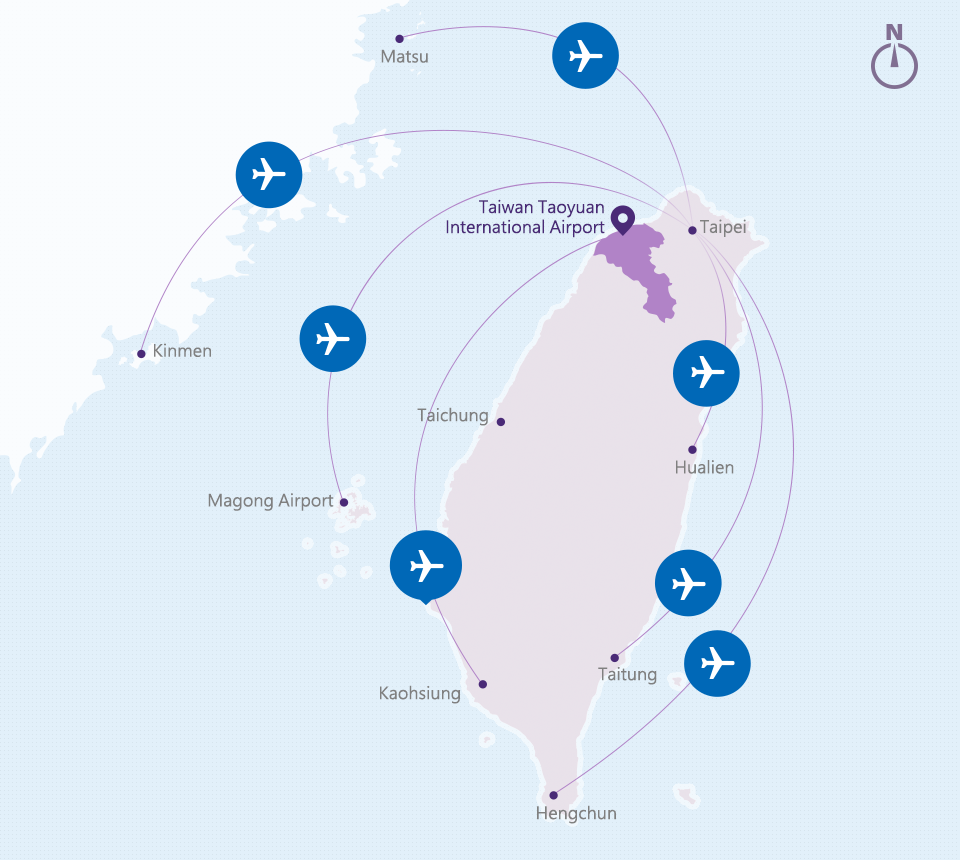 Taoyuan International Airport currently has two operative terminals: T1 and T2, and T3 is planned to be built during the next few years. The airport is connected to an efficient public transportation network and the Airport MRT launched in 2017 makes it even more convenient for travelers moving to or departing from the airport.

There is a taxi stand in front of Pillars 13 and 14 of Terminal 1 (Arrivals exit).

:::
Places to go
Things to do
Plan your trip
What's Hot
Site Information