Charisma overflow! Gun tossing show for changing of the guard.

Look at the Jiangnan scenery! Green lake and mountains as well as Fujian-Zhejiang mixed-style architecture.

Cihu Mausoleum is known as the final resting place of the late President Chiang Kai-Shek, as well as a place for anyone who would like to pay tribute to this significant person in history. Because the picturesque lake view and hanging willows reminded President Chiang of his hometown, Fenghua County of Zhejiang Province in China, and his benevolent mother, he renamed this place as Cihu (benevolent lake) and built a residence in the Min-nan- and Zhejiang-style architecture, which was converted into his mausoleum after his death in 1975. 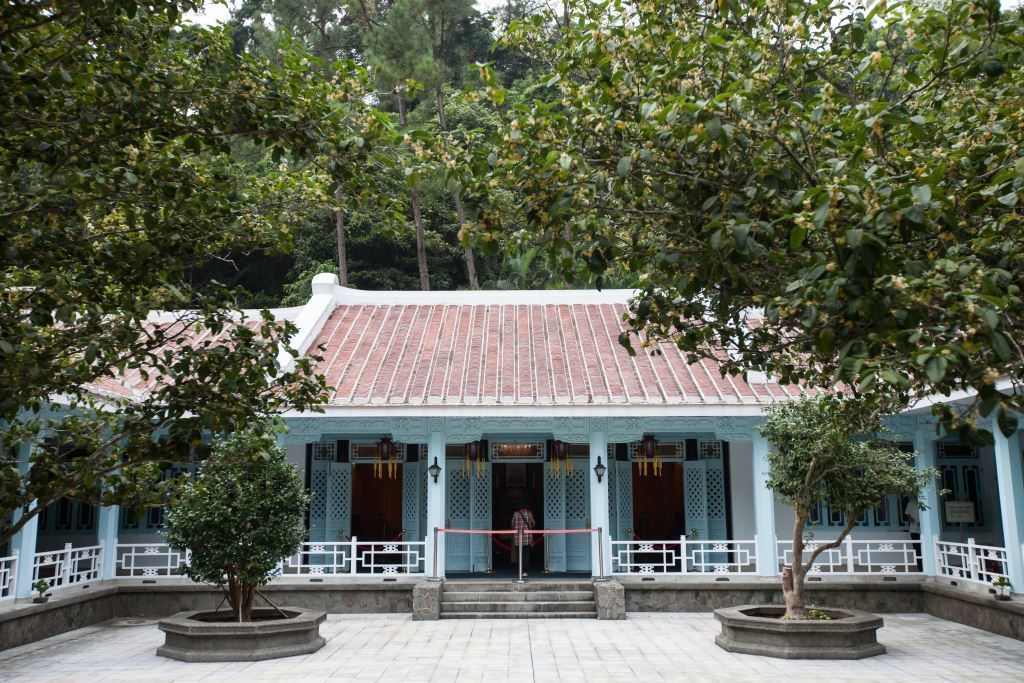 Cihu is divided into the front and back lakes; they are connected by a stream. Surrounded by lush mountains, Cihu offers beautiful natural scenery all year round
Cihu Memorial Sculpture Park was founded in 1997 and the Park displays more than 100 statues of President Chiang that have been donated by schools or institutions throughout Taiwan, from bust, full-size, sitting to equestrian ones, each one indirectly illustrates Taiwan’s political history.
Besides paying tribute to the late President, the guard-changing ceremony is definitely a must-see! The guards of honor are composed of representatives of the Armed Forces, namely the army, navy and air force. Every hour, the honor guards change their shift and perform the bayonet drill exercise, making the ceremony the most popular show that attracts the attention of tourists from all over the world.