Super seafood! Enjoy the fresh seafood at the tourism fish market to your heart’s content.

Watch the sunset in Yongan on the cross-sea bridge as the projection mapping show lights the night.

Stars gather to celebrate the festival as charming live bands hype the crowd up.

Formerly known as Kantouwu Port, Yongan Fishing Harbor is located at the estuary of Shezu Creek. A great recreational place for families to cycle together and feast on seafood, it is not far from the Green Tunnel and is easily accessible by bicycle. 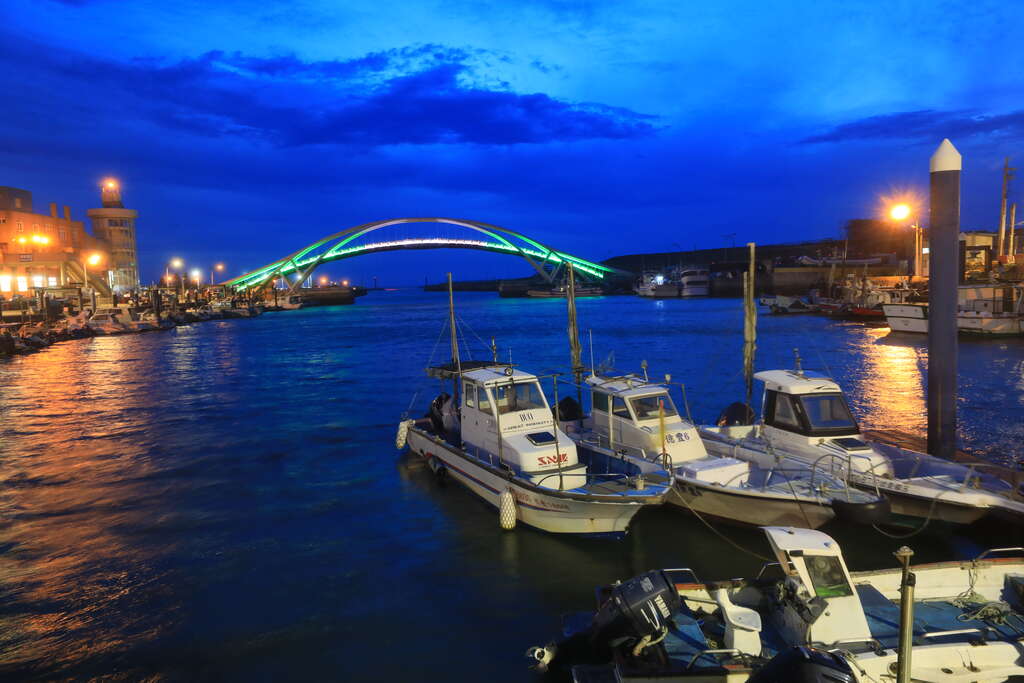 Within Yongan Fishing Harbor, there is a tourist fish market. The building is in the shape of a lobster with two transparent spiral staircases. In addition, Yongan Seaview Bridge is a huge bridge across the Yongan Fishing Harbor. Every evening at 5 p.m. the lights will brighten the whole bridge, whose reflection on the sea is a romantic and beautiful view dazzling the eyes of photographers.