Anchor Go to the content anchor
::: Home
>
Things to do
>
Theme Travel
Anchor

Daxi, Taoyuan has long been known as the "town of presidents." It is the final resting place of two late presidents, Chiang Kai-shek and Chiang Ching-kuo, while former president Lee Teng-hui has lived here since his retirement. Daxi is truly a favored "second hometown" for Taiwan's presidents. The Michelin travel guide published in 2011 included Daxi as a two-star destination, and in 2012 it was named a "top-10 tourist town" by the Bureau of Tourism. The town of presidents is certainly gaining in popularity. 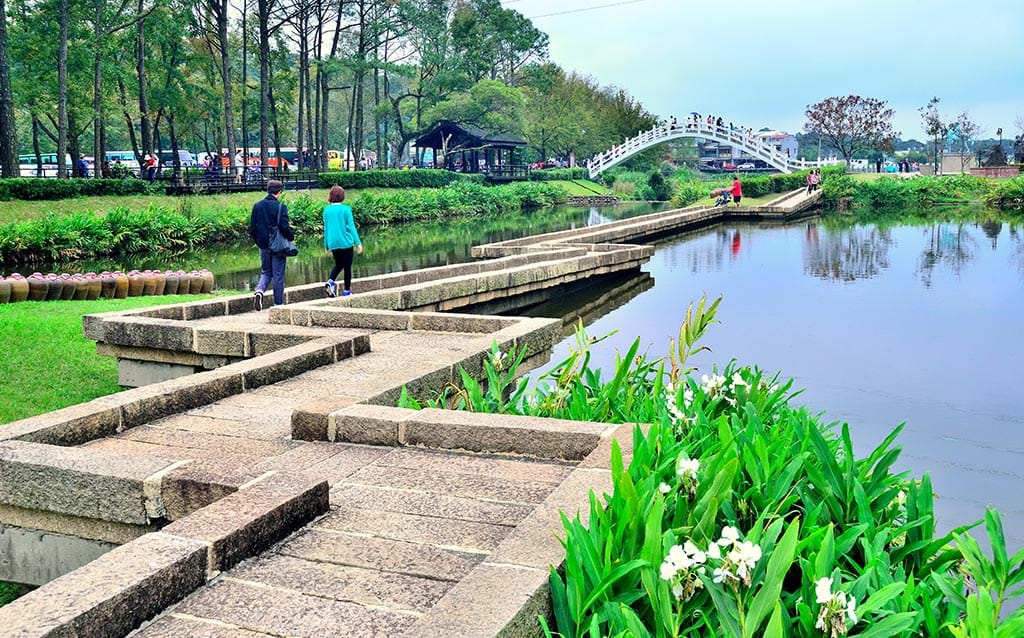 Daxi Street - A Century of Grandeur

The remnants of influences from the Qing Dynasty, the Japanese colonial government, and Western culture are plainly visible in Daxi's old town, with its many cultural heritage sites and vintage ambience. Examples include the Daxi Meeting Hall, the Wude Temple, the Li Teng-fang old residence, the ancient stone trail, and Zhongzheng Park. Daxi is not only a place of great natural beauty, but also the hometown of the celebrated pop singer and "Queen of the Hats," Feng Fei-fei. Its vintage industries have been revitalized by modern creativity, with workshops turned into tourism-oriented factories. Lined with century-old wood shops and iron forges on its streets, Daxi is a town where the past meets the present.

A Look Back on the Chiangs' Legacy

During one of his tours of the country, former president Chiang Kai-shek was overwhelmed by the beauty of Daxi, which reminded him of his hometown, Fenghua. He supervised the construction of the Dongkou Guest House (which later became the Cihu Mausoleum). To commemorate his mother, Chiang also changed the name of Piwei to Cihu (meaning "lake of maternal love") and ordered the construction of two villas in Jiaoban Mountain and Daxi. These were his favorite villas of the many he had built in Taiwan. The Chiang Family Culture Park, which blends history and culture with ecology and creativity, is just one of the many attractions in Daxi. The mysterious Houcihu, the serene and peaceful Jiaoban Mountain Villa, and the historic Wude Temple are sites not to be missed for travelers.

:::
Places to go
Things to do
Plan your trip
What's Hot
Site Information