Losing Watan Memorial Park is situated along Luoma Road. Along the road at the entry, there is a wall of photos displaying the story of Losing Watan. When you walk into the Park and climb up onto the wooden lookout platform, you will see the surrounding beautiful scenery and wisps of clouds floating in the blue sky. When spring comes, you will see cherry blossoms along the road. If you come when the millet ripens, you will see a vast field of golden millet swaying in the wind, a particularly beautiful scene under the blue sky. 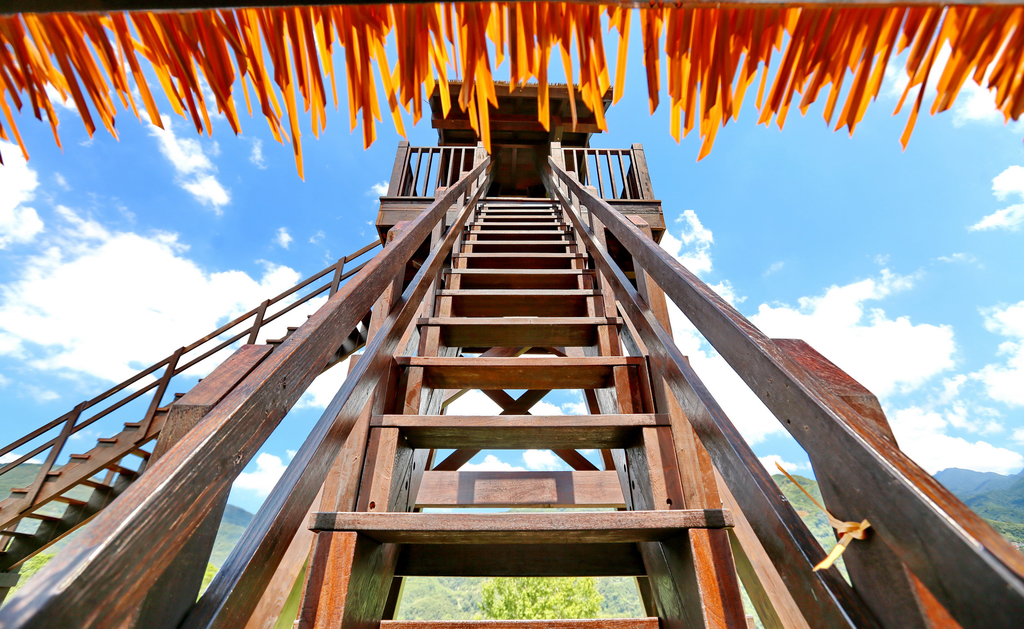 Yet, this Park with such a great view tells a sad story. Losing Watan was an Atayal leader and the first Atayal person to receive a modern medical education. He graduated from the Government-General Office Medical School, the former College of Medicine, National Taiwan University. Appointed as doctor at Taiwan Government-General Office, he practiced as Watai Saburo as well as in the Atayal tribe. He also became a mediator between the Japanese people and Atayal people. After the Restoration of Taiwan, Losing Watan changed his name to Lin Ruichang and was elected as a counsellor of the first Temporary Taiwan Provincial Consultative Council, in which he actively fought for the rights of his people. Yet, he ended up becoming a victim of politics during the White Terror. Later on, people built this Park to commemorate this great Atayal leader.